You may not need to make this modification.

The Joggler when running Ubuntu can be set to have a thermal trip point of 80 degrees instead of the normal 70 degrees. This is closer to the chip's maximum junction temperature of 90 degrees, but still within normal working limits. The stock cooling can keep the chip under this 80 degree level without much trouble, so before getting out the Dremel, take a look at the instructions under Overheating / Throttling issues on BuZz's Ubuntu page.

If you're running the stock operating system, there is no software included that makes the Joggler hit 70 degrees. Even the iPlayer application will run properly without any modifications to hardware.

The Joggler's standard heat sink for both CPU and chipset is actually made of plastic. 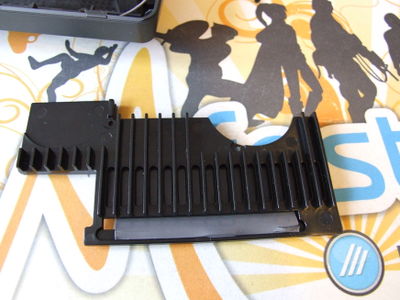 This does not seem to be sufficient to cool the CPU properly when it is running at 1.33GHz (at least under ubuntu) The core quite quickly reaches 71 degrees C (according to lm-sensors) and then the systems thermal protections kick in first limiting the frequency scaling to 800MHz (this has been observed watching cpufreq-info) and then after that the joggler starts to respond very slowly taking up to 20 seconds to register a click on the touch screen. I can only assume that this is some kind of further thermal protection to limit heat generation such as NOP insertion. Heat was found to be the definite cause of this through experimenting with mprime and a large fan positioned behind the joggler. The joggler was lefting priming for 30 minutes with no frequency limiting or slow downs while the fan was blowing on the rear. Once the fan was turned off however it took less than 2 minutes for the joggler to become unusable.

There is room (with a fair bit of destructive hacking) to replace the insufficient plastic one with a nice aluminium one. 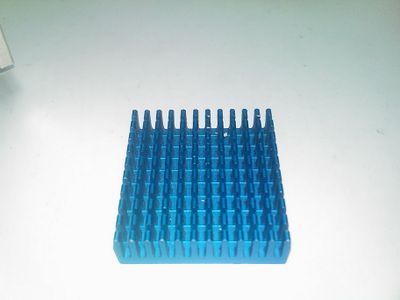 You can install a heatsink in a much cleaner with a bit of care, reusing the thermal pad but still adding a 1.5: square (like a graphic card passive heatsink) between the speakers. http://www.youtube.com/watch?v=SH8Ka7rNvnU 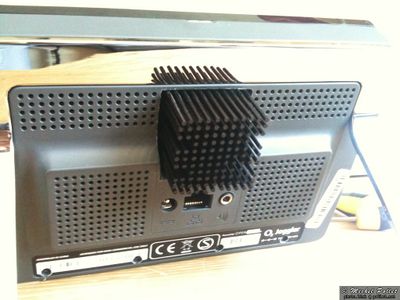 This hack is most definitely irreversible. You will permanently lose :

Even so, there are no visible signs of modding externally, it still looks sleek and smooth.

You will need the following :

Start by sourcing a suitable heatsink you can see from the images below how big it should be. I would reckon that the blue one shown here is the biggest possible. You should disasemble your joggler to test out positions and orientations. 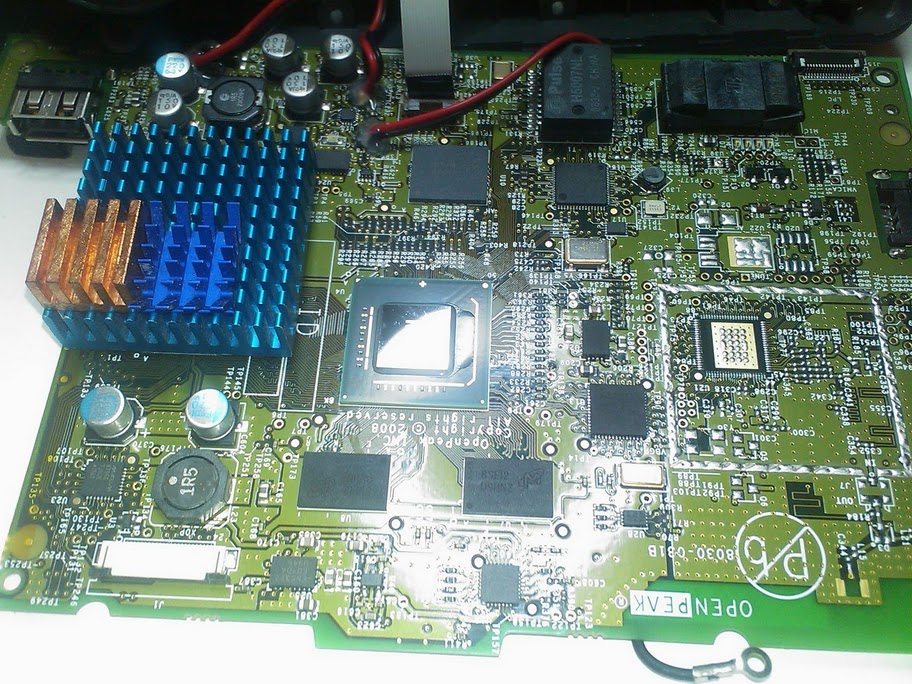 The other two heatsinks on top of the big blue one are there just to weigh the big one down while the epoxy set.

You will have to use a caliper or a ruler to find out exactly where to position the heatsink. Use the screw holes as reference points. There is a large capacitor near the CPU which actually sits taller than the die. This forces the heatsink to be mounted at an angle. 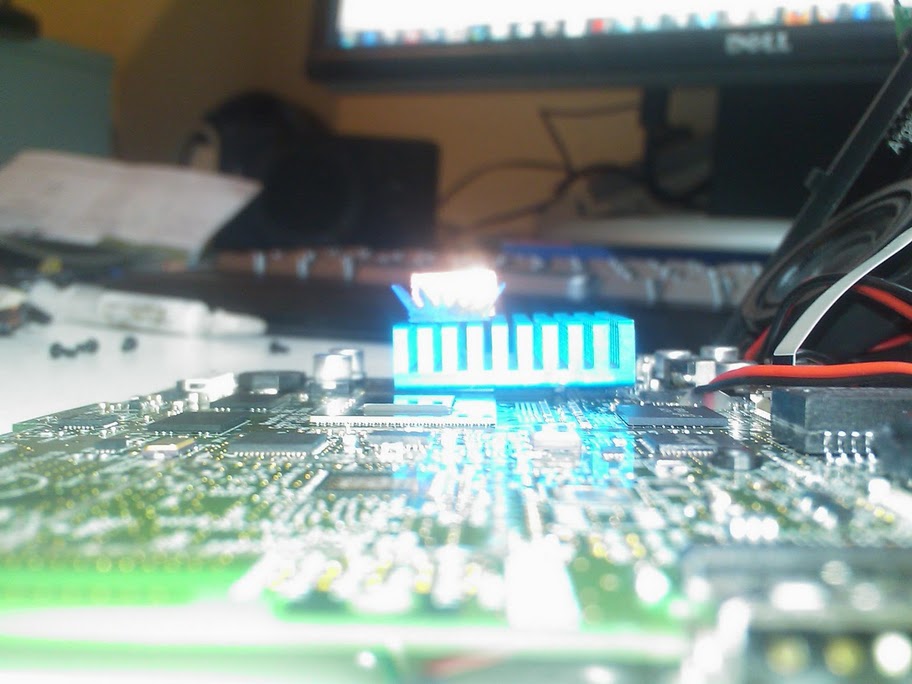 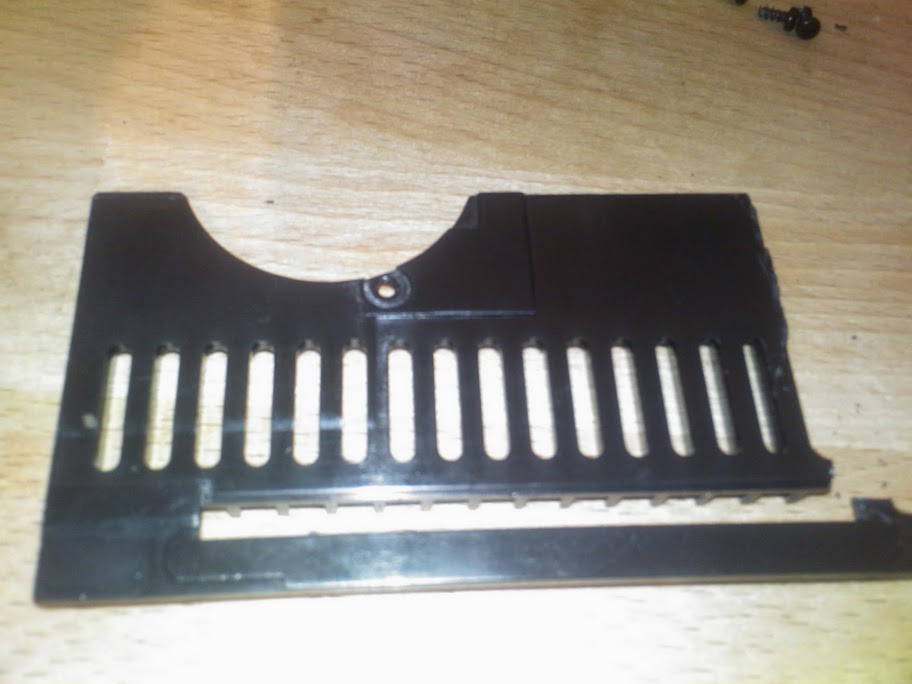 The left speaker will have to be removed and the screw thread elevated plastic holes may have to be cut back. The joggler speakers are pretty poor anyway, there would be no way you could have expected to play decent quality audio with them. Losing one didn't really affect the sound quality, it still makes a loud noise in mono mode. 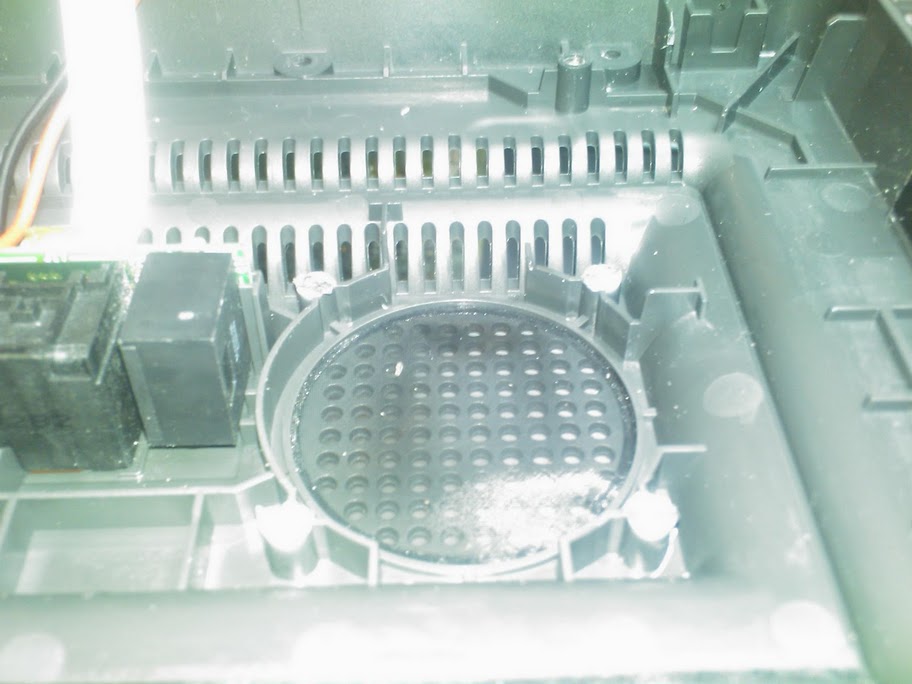 The plastic rear port cover will also most likely need to be trimmed back. This means losing one or two screw holes on it. 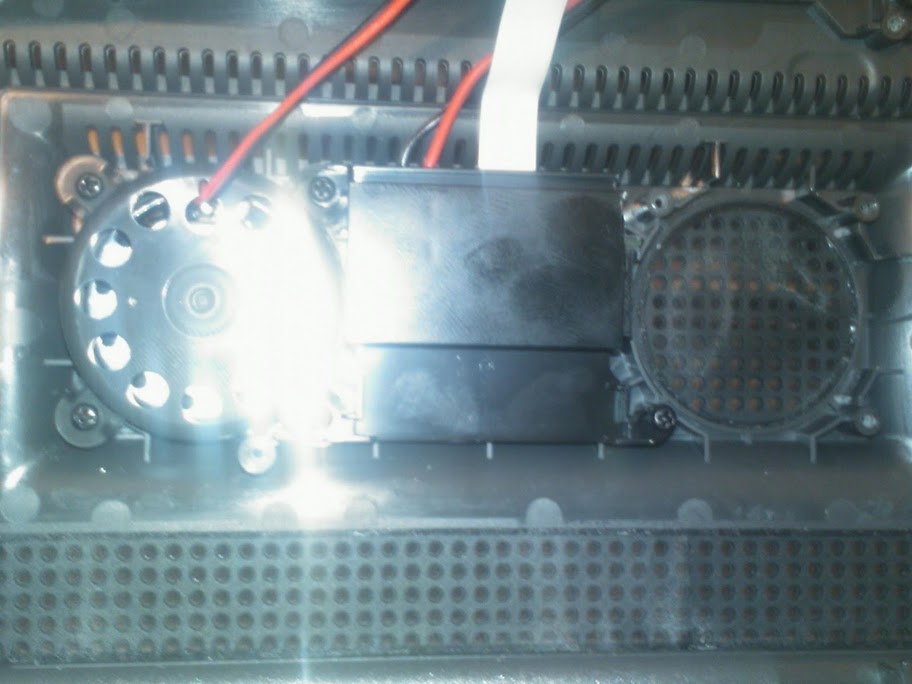 The thermal epoxy I used was called 'Artic Alumina' and is supposed to set within 5 minutes. I left it 30 minutes to make sure, I didn't want to knock it off while reassembling the Joggler.

The resuts were very pleasing. On boot the joggler now registered at 24 degrees C a vast improvement over the 50 - 60 degrees C it was before the mod. The joggler also lasted a full 15 minutes running mprime torture test before the frequency was limited. The joggler did not become unresponsive though! It also quickly recovered once mprime was stopped and the frequency limit was lifted within a minute. The mod was a sucess, the joggler is now useable running at 1.33GHz all of the time.

If you're replacing the internal heatsink in it's entirety, you absolutely can't use just a flat plate, which is unfortunate. The motherboard problems (in height order):

You have approximately 10mm for the heatsink at best. Assuming you remove the speaker covers (internal plastic), you can get most of the area of the donor heatsink at this height - Some nibbling is required and you can add a lip to interface to the stand.

You need a shim of .4mm to cope with the above height difference between the hub and the Atom - without it, you have a fairly large slope on the heatsink. You also need holes for the above components.

By modifying a XBox360 GPU heatsink, you can get 55 degrees C under full load (CPU + GPU). It takes a lot of work (7 hours or so) per heatsink, so would not be commercially viable on a one-off basis.

Unfortunately, it looks like the case was designed to not allow good cooling :( 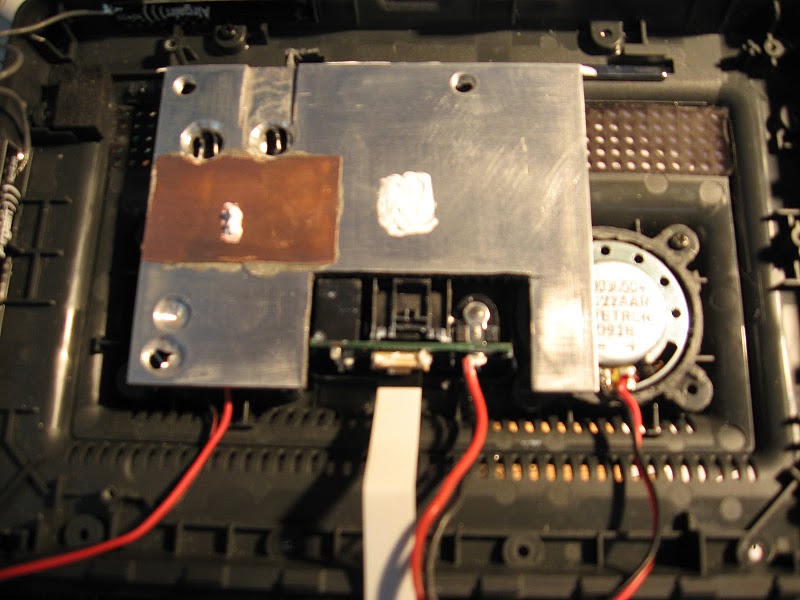 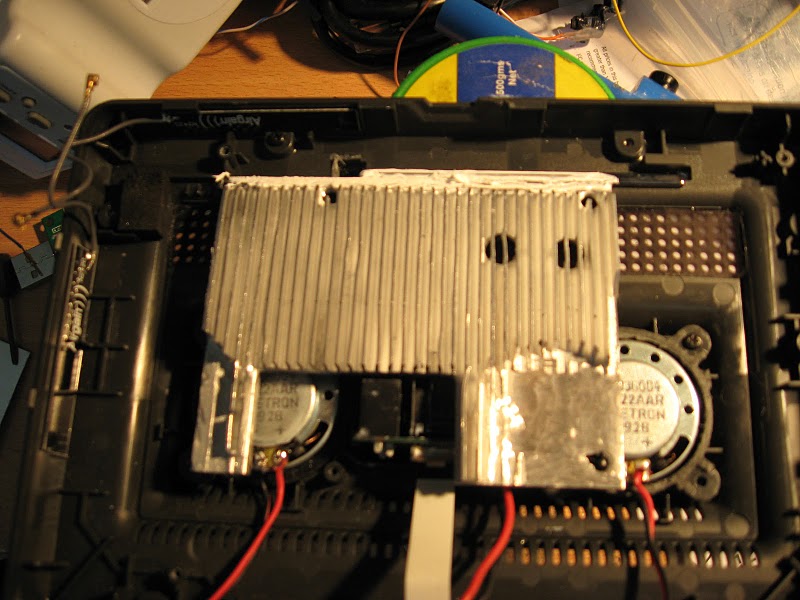