General discussion relating to the O2 Joggler, from the default O2 setup, to alternative operating systems and applications.
Post Reply
12 posts • Page 1 of 1

just a short note, because I didn't find an actual informartion on our forum:

This version is running fine with the latest YouTube Plugin:
http://forums.slimdevices.com/showthrea ... n-(API-v3)


With the stable LMS 7.8 I had trouble conecting to YouTube.

Christian, are you able to provide any guidance on how to install 7.9.1 on SqueezeOS?
Top 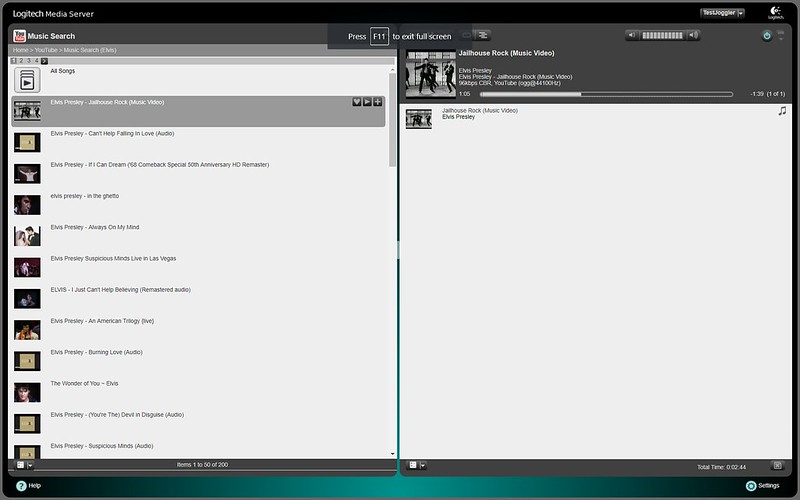 
Install LMS (I use v7.9.2) on the Joggler (there is a uTube plugin in 3rd party plugins) and follow the instructions here

Yeah, that's what I thought as well, but why post on this thread about the Plugin?

There is enough information available on the forum to whatever the poster want's, can just ask for help when stuck.

Either way, we'll maybe find out (or not, sigh

Hope all is well

[I think I'm rapidly losing it all - no idea any more about many posts, why people ask for help on the most obscure issues ... thank god for BBC podcasts to get some sanity out of the pantomime of nonsense which passes for hews these days! Made the big mistake of watching the brexit debates in parliament this week.]
Top

TBH, I've given up on running LMS on the Joggler; it's just too fiddly to do updates and it kept crashing for me.

I only use my Jogglers as players and now run LMS on a Raspberry Pi using Max2Play. It is so easy to update from the Max2Play web interface and I have found it to be more stable (although it is easy to restart or reboot from Max2Play too.) Recommended!

Max2Play also runs LMS as a headless player on the Pi, so you could have an additional player if you wanted (although I don't use that facility)
Top

I've also given up with LMS on my Joggler & Pi, too many random problems with bitrate errors. Have now upgraded to Plex on a Synology NAS & very happy with it. I would guess that Plex running on a Linux Joggler would now be a better experience than with LMS.
Top

dwl99 wrote: ↑
Thu Dec 20, 2018 5:06 pm
I've also given up with LMS on my Joggler & Pi, too many random problems with bitrate errors. Have now upgraded to Plex on a Synology NAS & very happy with it. I would guess that Plex running on a Linux Joggler would now be a better experience than with LMS.

I'm reaching that conclusion too. I use Plex these days, it's good. Not tried Jogglerfying though. Yet.

birdslikewires.net - home of the Reflash System, SqueezePlay (OS) and various tools for the Joggler!
Top
Post Reply
12 posts • Page 1 of 1